Tea History – Back in time for Tea

Legend has it that the first cup of tea was brewed in 2737 B.C. when dried leaves landed in a boiling cup of water served to the Chinese Emperor however tea wasn’t popularised in England until the mid 17th Century when King Charles II and his wife Catherine de Braganza introduced the tea drinking tradition. 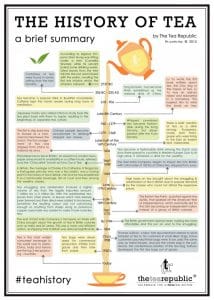 During the 17th and 18th centuries, the East India Company had the monopoly on British tea trade with China and India and because no other company could legally import goods from these countries, the Company was rarely in a hurry to transport its merchandise. Loading an entire years tea harvest onto the clipper ships which would make them heavy and slow…infact a round trip would take up to 2 years! Click to read the wonderful plotted history of tea from

It was over the course of several hundred years that tea gained its place as our national drink and by the beginning of the twentieth century, there could be no doubt about the importance of tea to the British people. In 1864 the manageress of an Aerated Bread Company persuaded her directors to allow her to serve food and liquid refreshments in the shop. She dispensed tea to her more favoured customers and soon attracted many clients clamouring for the same service.

Not only did she start the fashion for tea shops but also unwittingly laid one of the foundations for women’s emancipation.

Tea shops spread throughout Britain, becoming as much a tradition as tea itself and in 1894 Joseph Lyons opened a teashop in Piccadilly, London, and from 1909 developed this into a chain of teashops known as Lyons’ Corner Houses. Funnily enough Dottys Teahouse also occupies a prominent corner position…what a coincidence!

At Dottys we only serve premium full leaf teas because we do not want to compromise on quality. Most leaves used in tea bags are actually the “dust and fannings” from broken tea leaves which have lost their essential oils and aroma. 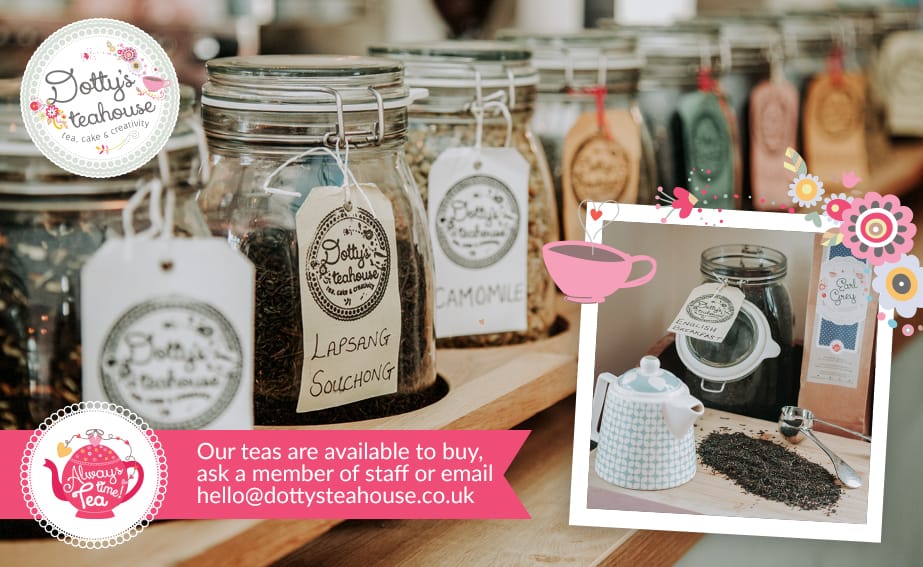 Why not pop in and try a perfectly brewed full leaf tea…we promise you’ll look at tea in a whole new light!

We have a carefully selected a range of loose leaf teas to suit all. The beauty of high quality loose leaf tea is the opportunity for multiple re-in infusions.

Green, white and herbal teas can be re-infused around 3 times according to taste.

Black teas are less suited to multiple infusions but usually will provide you with
2 infusions, so please ask a member of staff if you would like extra hot water to reinfuse.

Our Tea is served in vintage style teapots with accompanying tea strainers, the ultimate in decadence!