Last week a reader asked me the question, ‘If you could have a relationship with any one of your characters, who would it be?’ It seemed as if there should be a simple answer, but it set me thinking. 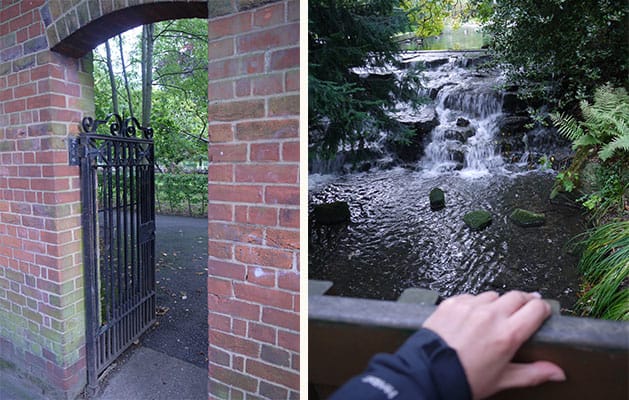 St Mary’s Church in Beddington is normally locked on a Thursday lunchtime, but yesterday I was lucky to find the doors open, and so I decided to step inside and light a candle for my mother-in-law; something to mark her thirteenth anniversary. At the same time as thinking how much she would have liked the Gothic interior, and pointing out that they would have frowned at the thought of her having chosen to have Queen’s ‘Fat-Bottomed Girls’ played at her funeral, I was aware of two other presences: Jim and Aimee.

Who are Jim and Aimee? They’re old friends of mine. People I have written into the landscape of my life. I’ve done this by setting my novels in places that are well known to me. In the case of A Funeral for an Owl, the action all takes place within my daily lunchtime walk: a four-mile route from my front door. The book has two distinct timeframes, twenty years apart, and my character Jim Stevens also has memories triggered by his locale. You may also recognise some of them:

‘Jogging on the spot, Jim waited for a break in the traffic to cross the road dissecting the two ponds. Turning right at an iron-gated entrance in a red-brick wall, he ran over a stone bridge. Here, coots swam among mallards and gulls, their nests small islands of sticks. Batches of chicks, small balls of squeaking black fluff with red faces, struggled to keep up with Brylcreemed parents. Jim’s footfalls displaced the inevitable pigeons. They lifted and settled to purr and coo elsewhere, heads bobbing up and down to a strange rhythm.

A grey heron stood in the shallows at the top of a small waterfall. Whilst mallards darted about, scooping up crusts thrown inaccurately overarm by an anorak-trussed toddler, he alone was watchful, knowing he only had to extend his neck and the food was his. No doubt it was a different heron, but this had been Aimee’s offering. She’d grabbed his arm, whispering, “He’s here!” Grinning, the gap in her front teeth was displayed. “You’re impressed, admit it.”

They were close enough to see individual feathers, his grey crown topped with white, and the black on white of his mottled neck, the dark plumes of his chest spiky in the flow of water. Impressive but ugly, a misfit in the world of Sunday picnics and after-school trips to the swings. He was a loner: Jim’s kind of bird.

“Swapsies.” She’d hugged herself. “My heron for your owl.” At the time, he hadn’t been aware that she considered a bargain had been struck. They never even shook on it.’ 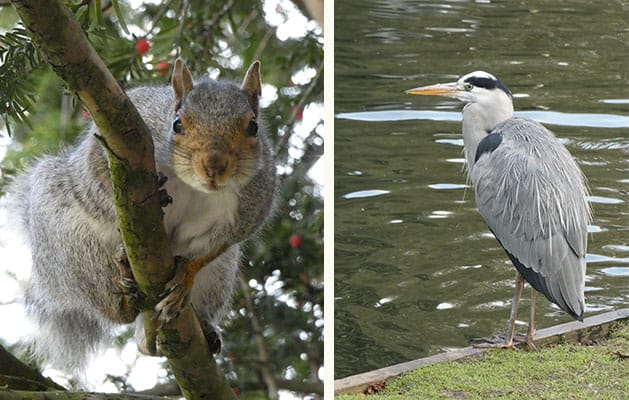 ‘There was something transportative about living in the same city all of your life; walking around familiar geography, knee-deep in the history of the place. And superimposed over a street map carried both inside and outside his head (the then and the now), were the milestones of his own life. Now he was older – with less to look forward to, he supposed – Ron spent a great deal of time in the past. In a single half hour, he might be a child crying in a damp cellar, clasped to his mother’s chest; a child of five sitting on the clean-swept step of his grandmother’s terraced house, while the adults crammed themselves into the front parlour, discussing things that didn’t concern him. He might be a school-leaver, discovering the pleasure of smoking illicit ciggies on park benches (illicit because he’d bought them with coins dropped into his cap while he pretended to be collecting for the Sailors’ Home).

Once, an office worker stopped and asked for a light. Before Ron could reach for his matches, she scooped back her hair, and bent down to touch the end of her cigarette to his, her blouse falling open as the embers flared. A quick thank you, smoke coiling in his face and him left with a grin that made his jaw ache all afternoon.

Passing Queen Square, he might be a boy weaving through the fruit and vegetable market, snaring himself a crisp apple when no one was looking.

He might be a lad of fifteen (though, with his first paid job, he thought himself a man), the pads of his fingers permanently ink-stained, parcel string cutting off his circulation as he hauled bundles up from the print rooms where the giant presses roared, sending reams of paper flying, ready to be cut and folded.’

Perhaps this feeling isn’t one you can readily identify with because you are someone who has moved away from the place where you grew up. I imagine that, as Peter does in Half-truths and White Lies, you still feel a sense of ownership of the streets you roamed as a child:

‘I walk past the double glazing and the paved-over front gardens to the place where I expected to find St Winifred’s. In its place is a large block of newly built flats with little personality. An advertising board describes them as ‘luxurious accommodation sitting within the footprint of a prestigious school’. A second block sits where I used to play marbles in the playground and a third and fourth where the football pitch and playing fields were. I feel as if something else has been stolen from me. Is it possible to mourn the loss of a building as you would a person? Or is it simply that St Winifred’s was the shell that I stored so many of my memories in? How is it that my old school was torn apart and I didn’t feel a physical wrench?’

In fact, I did feel the wrench. Living so close to the area where I was brought up, I drove past my old school on the way to work every day and knew exactly when the builders moved in and I went to see the wrecking balls do their work.

And so as I go about my daily life, running errands or visiting my parents, I don’t only relive my childhood memories – the time when Richard Baker heroically lapped everyone else in the 500-metre race, or where Noelle Cassaniga was trodden on by someone wearing spikes on a school sports day, or where the brakes on my bicycle failed and I shot out over the main road. I walk down Honeywood Walk in Carshalton and see the London Plane Tree that caused the collapse of the wall that Judy Jones was buried under (These Fragile Things). I cross the small wooden bridge at the foot of the waterfall in Grove Park and I see Aimee swirl round, elbows on the rail. Or I go to St Helier Hospital for an X-ray and I see Ayisha, lost in a corridor, looking for someone to ask for directions. (A Funeral for an Owl). I go to St James’s Park and share Belinda’s delight when I encounter a pelican, or I find a stag in my path when walking in Richmond Park and somehow it is the stag that blocked Alison’s path, looking her straight in the eye (An Unchoreographed Life).

And every single one of these things is as real to me as my own memories, because in writing the characters their thoughts are my thoughts, and in editing the novels I have relived these moments time and time again. In other words, all of my characters’ histories are inextricably interwoven with mine.

Hailed by The Bookseller as ‘One to Watch’, Jane Davis is the author of eight novels. Jane spent her twenties and the first part of her thirties chasing promotions at work, but when she achieved what she’d set out to do, she discovered that it wasn’t what she wanted after all. It was then that she turned to writing. Her debut, Half-truths & White Lies, won the Daily Mail First Novel Award 2008. Of her subsequent three novels, Compulsion Reads wrote, ‘Davis is a phenomenal writer, whose ability to create well-rounded characters that are easy to relate to feels effortless’. Her 2015 novel, An Unknown Woman, was Writing Magazine’s Self-published Book of the Year 2016 and was shortlisted for two further awards.

Jane lives in Carshalton, Surrey with her Formula 1 obsessed, star-gazing, beer-brewing partner, surrounded by growing piles of paperbacks, CDs and general chaos. When she isn’t writing, you may spot her disappearing up a mountain with a camera in hand. Her favourite description of fiction is ‘made-up truth’.